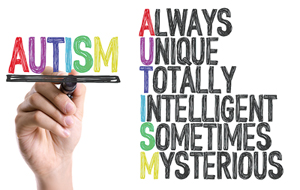 I’m not entirely sure why I write about my personal experiences parenting a child with autism. Mostly, I hope my own stories may help someone else on their autism journey – and they won’t stumble through as I did in the early days.  Parenting a child with autism is challenging, joyful, frustrating, heart-wrenching and rewarding all jumbled together. Making those experiences heard is also an important step toward wider acceptance of autism in the community at large.

But what I’m never quite prepared for are the letters I get whenever I publish something about autism in the mainstream press. Here are a few responses I almost always receive.

Someone writes to tell me vaccines cause autism.

Can we just stop this already? Vaccines don’t cause autism. They never did. The study that kicked off this speculation was proven to rely on falsified data and the author had financial motives for making up his findings.  The journal retracted the study years ago and the author has been widely discredited.

If that’s not enough to placate, there have been dozens of significant studies trying to establish such a link just in case, and all of them came to the same conclusion: there’s no relationship between autism and childhood vaccinations. End of discussion.

Someone writes to tell me they have the cure for autism.

The people who send me these kinds of letters are either snake oil salesmen preying on parental hope purely for monetary gain or people who really think they’ve single handedly stumbled on the cure and want to spread the good news. In either case, save your breath.

There’s no known cure for autism. Yes, many studies have shown there are some excellent therapies (behaviour, speech, occupational, sensory, drug and diet) that may help enhance certain abilities or lessen certain behaviours in some individuals with autism, but these are not cures.

We would all be better off if we stop seeing the individual with autism as “sick” or “broken” and in need of a cure and provide them with the support they need to live and thrive in the community instead.

Someone offers me money.

See – it’s not all bad. Strangers also offer to send me money to help me parent my son with autism. It’s just the sweetest gesture and my faith in humanity is always restored by these letters.

I thank them, but always decline and recommend they give to a local autism charity instead. There are many families that are in far greater need than myself (raising a child is expensive – raising a child with autism is astronomical) and the front line autism charities are the best at putting resources where they are needed most.

Someone writes to tell me I’ve caused my son’s autism.

Yes, really. It turns out these people don’t save their nonsense for political commentators but share their misery with parenting columnists too.

I’ve been told my son has autism because: I fed him formula as a baby (no), I was on anti-depressants while pregnant (nope), I fed him genetically engineered foods (sigh) and, of course, because I had him vaccinated (of course I did – read #1).  One special troll told me it was karma.

Someone offers my son gifts.

Many readers want to send my son gifts. It is such a beautiful gesture and I am touched by every offer.  But again – for reasons of protecting privacy and because my son is already spoiled rotten – I always say no.  Again, I recommend they donate to an autism charity and I think many of them actually do this.

People, it turns out, can be very kind.

I did accept one time: when the city transportation office offered a tour of the local bus facilities after a story about how much my son loves city buses (he memorizes the bus routes and “bus” was one of his first toddler phrases).  They gave us a half day tour and a goodie basket full of bus-related items. My son still talks about it.

None of these responses ever stop me from writing. In fact, the first few make it clear how badly I need to keep writing to combat the misinformation that’s still floating around. But the best news? The kind gestures always outnumber the bizarre ones.

Kathleen O’Grady is a research associate at the Simone de Beauvoir Institute at Concordia University and the mother of two sons, one with autism. You can follow her on Twitter @kathleenogrady.